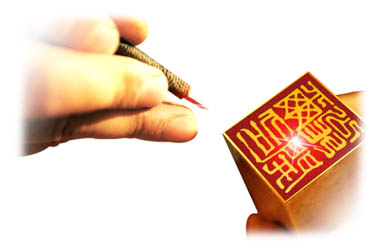 H.J.Unkel Group, was founded in 1925 with its companies in China and South-East Asia, serve customers with quality technical instruments and chemical products at competitive prices and provide prompt and efficient maintenance and repair as well as calibration services.

The H.J.Unkel group represents some of the finest and most famous names in the world and is dedicated to serve mainly the following industries:

"Unkel am Rhein ’ is a beautiful small city near Cologne founded in the year 1100 and famous for its red wine, the poet Freiligrath and the Rheinhotel Schulz which lies along the Rhein promenade with a fantastic view of the fabled river Rhein.

Franz Unkel was born in the year 1520; he left for south Germany and worked as a goldsmith in Stuttgart. He represents the first generation of Unkels.

Heinrich Unkel was very interested in far-away places. He contacted German companies outside Europe who offered positions to young Germans. The first company to reply positively was the GERMAN PHARMACY in Shanghai. He immediately accepted their offer and arrived in Shanghai in the year 1911, aged 20.

When the first World War broke out in 1914 Heinrich Unkel joined the German Military Garrison in Tsingtao, the famous “beer city" on the northeastern coast of China. During the fighting with the Japanese he got seriously wounded and was taken to a Japanese military hospital in Japan where he had to remain for nearly one year until fully recovered and able to be transferred to the Shizuoka Prisoner of War camp. Whilst in the POW camp he considered escape from the camp - which he successfully achieved: disguised as a Canadian Military Officer named "Captain Underwood”，and travelled the 200 km to Tokyo where he took passage on a ship to Shanghai. There he encountered too many Japanese soldiers and fearing exposure, boarded a train - and travelled through China and all the way to Siberia, Russia and Poland to Germany where he arrived in the year 1918 with a revolution going on.

With the war over he returned to Shanghai in 1920, got his old job in the GERMAN PHARMACY again - and started thinking about setting up his own company.

The company "H.J. Unkel” was established on 1st March 1925 and was registered in

Szechuan Road No. 33/308, Shanghai. He cooperated with many famous European suppliers like SANDOZ (Switzerland), RIEDEL-de HAEN (Germanγ) and F.W.BERK (England), whose products he sold to the local pharmaceutical factories whom he knew well from his time in the GERMAN PHARMACY. The years from 1925 to 1938 were very good for him, he was able to marry and build his own house in the Hongqiao district of Shanghai.

The Second World War was terrible. Heinrich Unkel was forced to leave China and returned to Germany after receiving a re-entry visa from the new Regime.

Regrettably he overstayed his visa and his permission to return to China was no longer valid. He spent some more time in Europe to establish contacts with new suppliers, such as the old famous pigment factory "SIEGLE ’ today part of BASF.

In 1956 he travelled to Hong Kong and was able to make contact with many of his old Shanghai friends who had re-established their factories in Hong Kong, mainly in textiles but also in other industries, such as enamelware for export to Africa.

Heinrich Unkel re-established his "H. J. Unkel” company in Hong Kong on 15th February1957 at 24 Connaught Road Central and later moved to 37 Queen’s Road under Business Registration no.64904. By that time he was 66 years old .and, having no children of his own, contacted his younger brother Wilhelm in Stuttgart to<

enquire what plans his son Helmut, at that time 19 years old, had for his future and if he would be interested to come to Hong Kong and join his company. Helmut Unkel happily agreed and, after spending about a year visiting H. J. Unkel's principals and receiving technical and commercial training Helmut Unkel arrived in Hong Kong on 5th July 1959, aged 21. 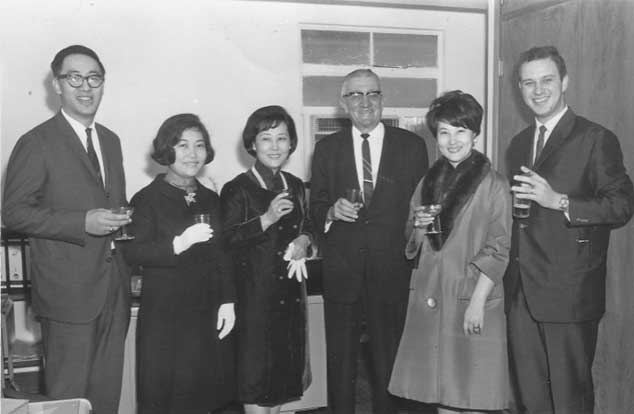 The US Embargo on trade with China during the Korean War had made entrepot-trade with China impossible, so it was essential to develop new business in Hong Kong, as the local pharmaceutical industry was not big enough to support the company. Luckily the enamelware business was doing well: In fact the SIEGLE factory was overjoyed when H. J. Unkel obtained an order for 10 tons of Cadmium Red, a quantity never before sold in one lot. And Helmut Unkel found that the local paint factories were very interesting. When given his first home-leave after 3 years he used most his time in Europe to find new suppliers for that industry. He returned with agency agreements for SUSSMEYER paint machines from Belgium, testing instruments for ERICHSEN in Germany and quite a few chemicals manufacturers. The plastics industry also developed well which was good for the SIEGLE pigments.

Heinrich Unkel passed away in Stuttgart in the year 1971, aged 80. Helmut Unkel decided to change the status of the company to a Limited Company and considered if the firm should look towards other industries, such as textiles. Ultimately it was decided to grow geographically but to remain In the same general trading pattern, especially since there were strong signs that China would become an interesting market again fairly soon. Thus began the development of H. J. Unkel companies in Thailand, Malaysia, Singapore, Indonesia, Philippines, Vietnam and1 of course, China, starting with an office in Shanghai and soon after one in Guangzhou.

In 21 century, H.J.UNKEL grow up with principles and customers, developed 9 offices in China. We participate various trade shows and seminars, such as CHINACOAT, CHINAPLAS, AUTOTEST, PCHI etc.

Our customers and our suppliers know that we jealously protect our good name as a business partner on the principles of QUALTY, RELIABITY and HONESTY.

Past, Present and Future

Having been established in the year 1925, we will reach the 100 Year milestone in a few short years. One Hundred Years of successfully working in Asia and looking forward to continue our faithful! cooperation with our suppliers and customers.

We thank our wonderful customers

We thank our wonderful suppliers

And most of all:

We thank all the wonderful people working with us!

The professional senior of technical support